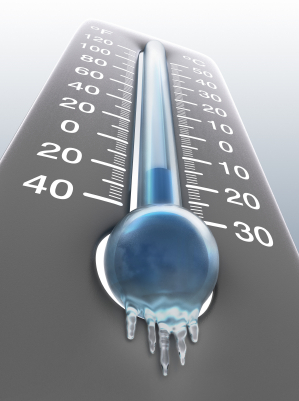 I have been meditating on culture lately. The culture of the church, the culture of youth ministry, and culture in general and how to change it. I was taught to be a thermostat, one who changes the temperature, not a thermometer, one who simply records the temperature. Some days I am a frustrated thermostat. No matter how high I try to raise the temperature, I don’t feel much of change. Is everyone’s thermostat as broken as mine? Or is culture just an icebox? I blame “the nones” for touching the dial.

There have been numerous articles on “The Rise Of The Nones”, people who are identifying themselves less and less with any organized religion, faith, or denomination. I read an article this morning from Gary Laderman called “The Rise of Religious “Nones” Indicates the End of Religion As We Know It” that really spells out the 5 major “causes” of those claiming to be “none”.  I won’t re-write the article here, but I would like to quote his second cause,

“Second, and not unrelated, popular culture in America rules our spiritual lives and is a more important source of wisdom, morality, transcendence, and meaning, than the traditional institutions like the church that used to provide these religious elements. Films, music, the internet, television, literature–these now are just as important, if not more important, than the teachings found in sacred texts and theological pronouncements for the younger generation as well as baby boomers. Reality TV and rap, Harry Potter and the Super Bowl provide Americans with moral dramas and existential ideals these days, and can make a profound impact on the lives of followers. Organized religion is clearly losing its authority and relevancy in the day-to-day worlds of Americans, and so those forces that predominate in our culture, such as new media, entertainment, and information technologies are now shaping spiritual sensibilities and sacred values.”

Here’s the struggle:  I am an “identified” leading in an increasingly world of “nones”

I identify with the cross and suffering

I identity with sinners who need a savior

I identify with a world who is looking for hope

I identify with redemption, new life, and forgiveness.

“None” is not an option for me or anyone else who has experience the life changing power God. We struggle to “stay hot” in an increasing cooling world. Let’s continue to teach our youth to raise their thermostats, starting this Easter, and maybe culture won’t be such a cold place.