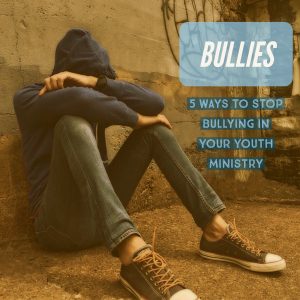 I was crushed yesterday watching this father, who just lost his son to suicide from bullying. I did not want to watch it, but felt like I had to as a father and a youth worker. I had to remind myself that words and actions have impact.

Then I read the letter that Daniel Fitzpatrick  wrote before he died and the hopelessness he felt, because no one would help him, crushed me again. In an interview with Daniel’s parents, Mrs’ Fitzpatrick said “He only needed one friend.” One friend could have given Daniel hope. 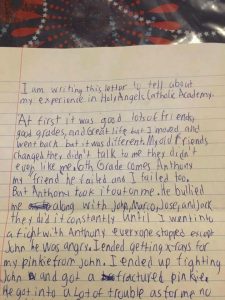 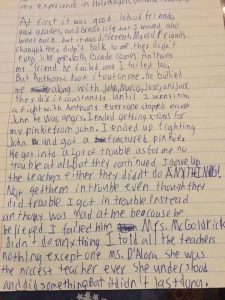 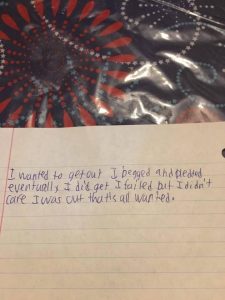 Having been affected by bullying myself, I have, for the past 25 years of working with teenagers done my best to stomp out bullying. Let me offer a few ways I have done this

1. Look for the outsiders

There are kids who come into my group, like many others, who have a difficulty fitting in. They           may be into something that no one else is into or are physically different from others whether that is being small for their age or overweight. I make it my goal to talk to these kids first, to let them know they are welcome and I am a safe person to talk to.

2. Find a way to connect him or her quickly with someone else

Once I get to know them, I try to connect them as quickly as possible with someone whom they have similar interests. I also do my best to get them to come to camp, retreat, or activity where they can get to know people and be known.

Kids have to know they are safe in your space. If they feel like someone can just walk up to them and treat them any kind of way, they will not be there very long. We have standards and kids are expected to follow them.

We break down into small groups on a regular basis and we do it by age and gender. Occasionally we mix the group up depending on the discussion. Our leaders now how to lead a discussion and when to squash negative input. If a kids can’t share openly, they don’t feel safe.

5. I talk with parents of offenders

If I feel like a kid is just over top or has a pattern of behavior that endangers the physical or emotional health of the community, I talk with their parents to get insight. My goal is not just to stop bad behavior but to find out why they may be acting that way and help them work through it.

In a recently post by Seth Godin, that fits nicely here, he says,

Here’s how you end up with a bully in a position of authority at an organization:

Someone points out that the bully is a real problem. And the boss says, “I know he’s a bully, but he’s really productive and we can’t afford to replace him.”

And here’s how you end up with a naysayer, or a toxic co-worker:

Someone points out that people are afraid to work with this person. And the boss says, “I know, but we really need her expertise.”

And, person by person, trait by trait, we build a broken organization because we believe that function trumps cooperation, inspiration and care.

Which leads me to number five

5. I am willing to lose a kid to save another

This is not popular in any organization. We feel like we need people and have to keep them around because they are popular or can do a task better than anyone. I don’t feel that way. If, after numerous attempt to fix a problem does not work, I will tell a kid to take about a month off. If they miss youth enough, they can come back after talking with me. If they don’t miss it, they won’t be back and I am o.k. with that.

Function is never an excuse for a dysfunctional organization, because we get the organization we compromise for.

As youth workers, we can’t afford to compromise with kids lives. If we are willing to allow physical emotional, or even spiritual bullies to remain because they serve a function (or they are the pastors’ kid) , then we get what we compromise, an un-safe youth ministry where only the strong survive.

I wrote a bible study a few years ago called Bullies from the Bible. My goal in writing it was to  empower middle school students to go from bullied to brave in the Lord.

It’s not my best series but it’s a start if you want to deal with or get head of bullying in your youth ministry; and you can download it for free.

Bonus: Three Kinds of Bullying To Watch For In Your Youth Ministry