Two Words That Do Not Go With Discipleship 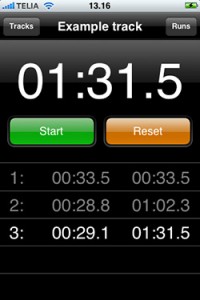 I was driving my 17 year old son to school the other day. There are two roads to his school. One involves a traffic light and the other involves a stop sign. I usually take him the way of the stop light. My route involves going straight and then making a left. The other road is curvy, so I would have to drive slower and it takes me past the school and I have to come back to it, Longer right? When we reached the road that my son said was faster I could have argued and said, “No it’s not” and gone straight. So we went his way, but it still bugged me whether it was faster or not.

So, in my typical anal fact finding way, and a chance to tell my son his route was not faster, I went back the same way I came and timed it. I sat in front of the school, hit the stop watch on my iPhone and took off. I drove between 40-45 mph. My son’s route back to where we started took 2:55.3 seconds. I then turned and went my way, keeping my speed the same as the other route. I hit the light but I was only delayed a few seconds before the light turned green. Arriving back at the school I stopped the watch, it read 3:39.5. My son was right, it was faster. I was a bit shocked. I thought my was was faster.

This is the first word you cannot put together with discipleship: Faster. Faster is a selling word. Faster sells cars, cleaning products, and tax audits. All of these are things we want to go fast and to help us get done with whatever we have to do to get to the thing we want to do. Faster is provable because you can time it.

Which is the easier way to tie your shoes? Bunny ears or the traditional method? Neither to a man with no hands and a man with no feet doesn’t care. Easier is also a selling word, as in,  “Use this, it’s easier than…..”  Easier is a matter of opinion and context. What is easy to for one, is difficult for another.

Faster and easier are not the words we should be looking for when it comes to discipleship.

Is it easier to do discipleship one on one or in a small group?

Is it faster to make disciples if we get everyone to make the meeting or the retreat?

If someone tells you there is an easier or faster way to do discipleship, or even ministry in general, run away. It does not exist. They both can be tested but the conditions must be the same as the way the person that told you how they they reached X faster.

Words you could use to judge any discipleship method or practice

Easier and faster are words we use in order to try to make our job easier.Faster and easier are great words to sell products but poor words to use when leading people in the way of Christ. There was nothing easy or fast about Jesus’ time with his disciples or His crucifixion on the cross.

Throw your two cents and two words in the mix. What two words would you use to describe discipleship?

Easter is right around the corner and I like to use music, in addition to scripture,  to reflect on what Christ has down for us. Here are my top 10 favorite Easter Songs I’ll have on cue this week. The Easter Song By Keith Green I love the stripped down, piano...

END_OF_DOCUMENT_TOKEN_TO_BE_REPLACED

Youth Workers: Are You Part Of A Church Family or Spiritual Foster Home?

Pic link I am adopted. Now, this is not a phrase you can add, “and I am proud of it!” to it. I had no choice. I was left by my birth parents at the hospital and some time in the next few months I was adopted. I had great parents who fed me, clothed...

END_OF_DOCUMENT_TOKEN_TO_BE_REPLACED

My Painful Realization Of How Powerless My Youth Ministry Is

This morning I woke up with my usual Wednesday night youth program hangover. It was a long night, but last night felt longer than most because of the news I received. We are in week three of what I call the Disciple Project, three months of fine tuned Wednesdays, and...