Six Ways You Can Make The Next Guys Job Easier 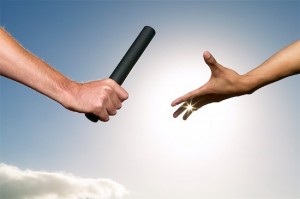 When Bill Clinton left office so George Bush could move in, Bill left a little present. Many of the White House staff took the W’s off all the computer keyboards. Very funny. But, if we take more than we leave in a youth ministry, it only hurts the future. I’ve inherited a few youth ministries in my time. In some cases, it was like I won a burned out house in a lottery. Now, it was probably, not the youth pastors fault entirely, but I suspect he did not help the situation. If you are planing on being at your current position forever, then ignore this post. If you think you might move on , can we please make the next guys’s job easier? Here are six things you could leave the next guy, that would make their job easier.

Most of us walk into a group blind. We don’t know which end is up or how to approach our new group. Good records on attendance, visitors, events, etc. let me know where you left off and where I need to take the group. Leave behind a good list of names and address, maybe even some photo’s with names. Let me recommend Youth Tracker. It does this and so much more.

2. Leave them kids who know what consequences are.

I had one youth group that thought it was normal to talk while I was up speaking. I don’t mean whispering, I mean talking out loud. I don’t know how the previous youth pastor managed that. In addition, I could get no previous staff member to discipline a child. The group had an entitlement mentality and the staff had a “we don’t want to run anyone off” mentality. Reality Check: We don’t do a kid (or the future youth pastor) a favor by not offering our group a fair and consistent process of discipline. Those two girls? Yeah, they did not last long.

3. Leave them adult leaders to help them carry the load.

4. Leave them kids who are familiar with the gospel, the Bible as a whole, and an idea of what discipleship is.

I have had groups where I shared a message about following Jesus and the group thought I was speaking a foreign language. Every Bible study, message, and devotion we share is an opportunity to galvanize biblical concepts and make it to where their is a lot less re-learning to do when the new guys show up. Let’s not preach or teach to save our jobs, look cool, or please people. If we keep the Lord and His Word center stage, we”ll leave a group behind that won’t think the new guy is speaking Cantonese.

5. Leave the next guy a cave full of student disciples (Leaders)

Some youth pastors show up to their new jobs like Elijah and wind up weeping over the fact that their are none who love the Lord and all have bowed to Baal. The Lord told Elijah, I have a cave full of people who love me who have not bowed to Baal. Let’s be intentional about making disciples of Jesus and not just disciples of us. When we are leaving a church, we should have talk with those students and tell them to get on board with the new guy. A youth group is bigger than us. There is a plan far bigger in play for this group and we are just part of it. Let’s not make it about us.

6. Leave them an epic example of how much you loved God and these kids.

I used to get mad when I came into a church that had a great youth ministry before I got there. Why? Because for the first year, all I would hear about was the last guy and the great events etc. Now I understand, they raised the bar. They lifted expectations and now I could not just fall back on my laurels, I had to step up. A youth ministry that demands the best of the next guy is a good thing. This does not make my job harder, it challenges me to step up and grow.

Tell me about about what you are leaving the next guy or tell me what the other guy did or did not leave you that you wish he had.

Easter is right around the corner and I like to use music, in addition to scripture,  to reflect on what Christ has down for us. Here are my top 10 favorite Easter Songs I’ll have on cue this week. The Easter Song By Keith Green I love the stripped down, piano...

END_OF_DOCUMENT_TOKEN_TO_BE_REPLACED

Youth Workers: Are You Part Of A Church Family or Spiritual Foster Home?

Pic link I am adopted. Now, this is not a phrase you can add, “and I am proud of it!” to it. I had no choice. I was left by my birth parents at the hospital and some time in the next few months I was adopted. I had great parents who fed me, clothed...

END_OF_DOCUMENT_TOKEN_TO_BE_REPLACED

My Painful Realization Of How Powerless My Youth Ministry Is

This morning I woke up with my usual Wednesday night youth program hangover. It was a long night, but last night felt longer than most because of the news I received. We are in week three of what I call the Disciple Project, three months of fine tuned Wednesdays, and...