5 Negative Youth Ministry Assumptions And How To Avoid Them 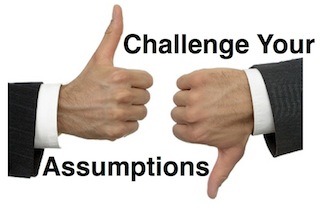 8 Then a new king, to whom Joseph meant nothing, came to power in Egypt. 9 “Look,” he said to his people, “the Israelites have become far too numerous for us. 10 Come, we must deal shrewdly with them or they will become even more numerous and, if war breaks out, will join our enemies, fight against us and leave the country.”

11 So they put slave masters over them to oppress them with forced labor, and they built Pithom and Rameses as store cities for Pharaoh. 12 But the more they were oppressed, the more they multiplied and spread; so the Egyptians came to dread the Israelites 13 and worked them ruthlessly.

What were theses negative assumption the new King came up with?

-Because they are an ever increasing demographic, we must be sneaky and dishonest with them.

-They are plotting against us and will join our enemies.

– They want to leave the country

How many times do we begin ministry with negative assumptions? Here are a few that have made their way to my mind,

How do we solve this? The King could have avoided such bad assumptions and even more horrendous acts, if he would have gotten to know the people he was supposed to be serving, the scripture says,

” Then a new king, to whom Joseph meant nothing, came to power in Egypt.”

Now, this may be because he knew Joseph and did not care for him or it means he came to power and knew very little of the Joseph story, and did not care to research it. So, what do we do to chase away those nasty, negative assumptions? Get to know those you serve

Negative assumption will make you a slave driver and want to enslave all those around you. We could make our jobs, ministries, and life much easier if we’d just get to know people.