I did not catch all of the game last night but I saw at least 2 of Palmer’s 6 interception. I have no dog in the fight as I am a Giants fan, but these tweets were hilarious. A quick word to Carson, was this your worse game ever? Probably. Was this your worst day ever? Probably not. Perspective is everything and I wish you well Carson. For now, let’s have a laugh, as one day we all will have a Carson Palmer- like day. 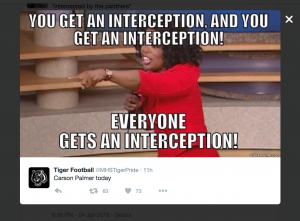 Perspective is everything when you are experiencing the challenges of life. – Joni Eareckson Tada 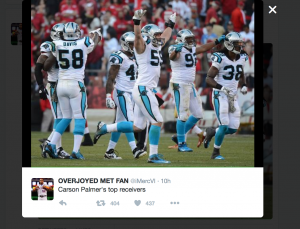 We play a sport. It’s a game. At the end of the day, that’s all it is, is a game. It doesn’t make you any better or any worse than anybody else. So by winning a game, you’re no better. By losing a game, you’re no worse. I think by keeping that mentality, it really keeps things in perspective for me to treat everybody the same. 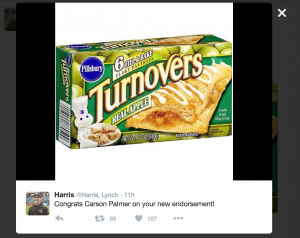 A little perspective, like a little humor, goes a long way. – Allen Klein 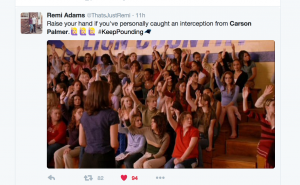 Nobody wants to get locked up, although ‘locked up’ is a matter of perspective. There can be people who are out who are in prison mentally and emotionally and worse off than those who are behind bars.                  – Wesley Snipes 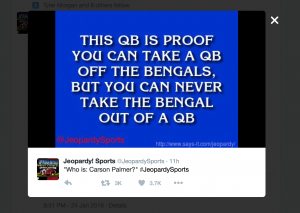 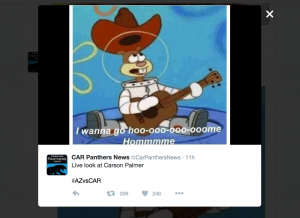 Injury in general teaches you to appreciate every moment. I’ve had my share of injuries throughout my career. It’s humbling. It gives you perspective. No matter how many times I’ve been hurt, I’ve learned from that injury and come back even more humble. – Troy Polamalu
Your Turn
How does perspective play a part, in your life, following a failure?
Have you had a Carson Palmer- like day? How did you recover?