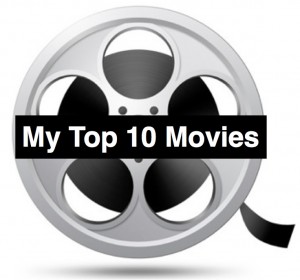 I catch a fair amount of movies through-out the year for my own enjoyment and to keep my finger on the pulse of youth culture. I think God goes to the movies all the time. I think He moves in and through them while they are being made as well as while they’re being shown.  If His gory fills the the whole earth, and it does, then it must include movie theaters. Now, I don’t see every movie my youth group kids see such as This Is The End, The Hangover, Identity Theft, and any Adam Sandler movie because my time it too valuable to sit through them while paying $10 bucks to be assaulted with average and predictable  plots and jokes, but, these movies were worth my time in 2013 and could be worth yours as well.

The Hobbit: the Desolation of Smaug

Epic! Epic! Epic! Loved the fun, the World of Middle Earth, and the characters that Peter Jackson brings to life.

What I took away: Pure Joy and this post from a a scene from the movie

It was not as good as the first one, the second one never is, and it encapsulated the story so much thee true flavor of the novel did not come  through. I am looking forward to the third movie though. If you are interested in an outreach for your youth ministry,  inspired by the movie, check out The Hunger and Thirst Games.

What I took away

-Effie’s compassionate. She really wanted to be part of the team despite her affection for the limelight

-The Reality Show aspect of the novel came through and was well put in the line “this is a train that never stops” . Once a reality star always a reality star.

– The torn and almost schizophrenic mind set of Katniss between Peeta and Gale, I felt bad for her and for both those guys.

– I liked Peeta so much, I dread watching what a screwed up mess he becomes but will enjoy watching Joanna come back in all her crazy.

A sweet movie about Walt Disney (Tom Hanks) trying to get P.L. Travers (Emma Thompson) to let him make Mary Poppins. All the facts probably did not line up but that did not keep this from being an entertaining  and touching movie.

What I took away :

– How P.L. Travers, in spite of growing up with an alcoholic father, wrote an endearing and enduring tale.

I have not read the book at the time of the posting but I plan to. I have to say I loved the movie.

My take away:  I have shared my discoveries  in my Movies2Message pdf you can download HERE

This movie turned out much better than I thought it would. I loved the action and Brad Pitt’s character.

What I took away:  The movie took zombies in a new direction for most of the film but paid homage to the slow walkers n the end.  Brad’s character had the unique ability to pay attention to systems of people and to details. Good advice for life.

Simon Pegg and  Nick Frost team up for another fantastic romp as the once high school friends tackle some unfinished business. while being attacked by aliens. What’s not to love?  This is a their third and most likely the final pairing  of this talented duo. Glad I made the journey with you.

What I took away:  Nothing but a good time. Thanks Simon and Nick.

J.J. Abrams is a flat out genius.  Being a fan of the original t.v. series and the subsequent movies, this movie took me back and just amazed me. The twists, turns, and character development was just a joy to watch,

What I took away:  Hope that JJ Abrams will continue to take me where no movie goer has gone before.

Having gone to see one of Paul Walker’s last movies makes me happy to put this on my list. That not-with-standing, this movie stood the test of franchise fire. Where other franchises burn up Fast and Furious heats up. If you have never seen any of the other movies, you could watch this movie and have a good time.

What I took away: I saw this with my oldest son at the midnight movie. Pau; Walker was one of his favorite actors. I am glad we got to see it together.

This was a fun zombie movie. Yes, I said fun. It turned the genre into a love story and it worked.

What I took away: Love can even bring the dead back to life.

Grandmaster is a marital arts movie that shares the story of Ip Man, the man who trained Bruce Lee. I am not overstating when I say this was a beautifully made movie. The story and the action moves together like Tai Chi.

What I took away: An appreciation for film making and Bruce Lee all over again.

Lecrae CC4 is now out and it is the fourth, and last installment, of his church clothes mix tapes. Church Cothes was Lecrae’s way of dishing out hard truth’s to the church and he, again, pulls no punches when addressing those who call themselves follower...