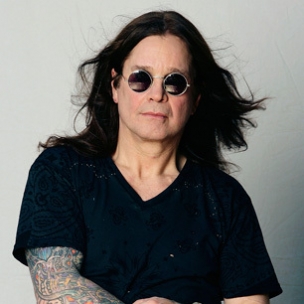 If you were one of the more controversial figures of the 80’s, biting the heads off of bats   and such, then this certainly is the way to make a comeback, just declare God dead (again)

I won’t go into an entire treatise on the song, because it’s the same ol’ Ozzy and, musically, this is just a snatch at the glory of his former self. I have to say, I liked Ozzy even for all his craziness. I listened to him in High School before everyone told me his was bad, Then I preached against him as a youth pastor until I discovered it didn’t matter what I preached against; these students were going to listen to what they wanted until the Holy Spirit shined a light on the subject.

I don’t know much of Ozzy’s spiritual upbringing, but I imagine he has some history in the Anglican or Catholic church, like many of the men his age. If you have a link to more info, leave me a comment with it.

Here is a sample of the lyrics

Nowhere to run
Nowhere to hide
Wondering if we will me again
On the other side
Do you believe a word
what the Good Book said?
Or is it just a holy fairy tale
And God is dead?
God is Dead x4

Ozzy Bashes communion, struggles with dark and light, like all of his songs of this nature, but in the end, he asks: Is God Dead? It’s a question and an answer for Ozzy.

Now, unless you’re doing a Bible Study for 40 year old bikers, you may want to pass on playing the song in youth, but the lyrics are worth wrestling with because people, even pastors, struggle with this question.

Has Ozzy has accomplished an intellectual murder of God and is now confessing it to us? Or, maybe it’s a cry for help, the dead is not yet done. Good news Ozzy, God is not dead and He still loves you. No matter how much you try to kill God Oz, God has a contingency plan according to Ecclesiastes 3:11

“He has made everything beautiful in its time. He has also set eternity in the human heart; yet no one can fathom what God has done from beginning to end.”

You may have kicked God out of your brain Oz, , but eternity has been written on your  heart.

What do you think? Are these lyrics worth engaging in a conversation with your kids?

Let me know your thoughts below.