I’m Not A Fan Of This Religious Phrase, So I Use This One Instead 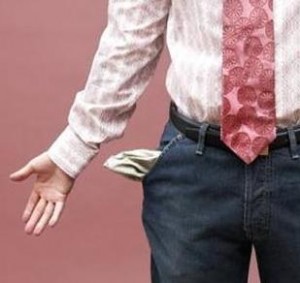 The phrase, I’m broke but I’m not poor,  has been ringing in my head for a few weeks. I like it because it’s not “I’m blessed and highly favored” which, to me, comes across a “I’m better than you” as in “You’re not blessed and not highly favored”. It’s a matter of semantics I suppose. Both phrases confirm a spiritual truth, our economic status has little to do with our spiritual reality. Both statements are, or should be, a confirmation and a testament to God’s goodness not a brag on what we have, don’t have, or will have.

I am broke, which usually means I can’t buy what I want which is not the same as I don’t have what I need. I have everything I need in Christ. According to 2 Peter 1:3 I have everything I need to live a godly life, which should should be my sole desire in the first place. Broke doesn’t mean I’m poor. Poor is a mentality, broke is a temporary status, at least until the next pay day.

I chose to be a youth pastor,  like many chose to teach, be a police officer, or to work in a non-profit and others who choose  lower paying jobs to make a difference. None of those people are poor but they’re usually broke like me. Like them, I have no regrets, I’d do it all over again. The rewards are greater than the down-sides.

Maybe you’re like me, struggling to put your state of life into perspective, trying to reconcile your place in life with your faith in God. Maybe you are second guessing your choices. Don’t, you’re not poor, you’re broke. You live in a constant state of trusting God. What;s wrong with that?  If you’re in a mental UFC octagon fending off thoughts of inferiority,  and trying not to tap out, call your life what it is. It’s not a sin and you’re not a failure. It’s not a lack of faith to admit where you are but it is a lack of faith to believe you’ll always be there.

What religious phrases phrases do you not like to use?

What phrase(s) do you use to bolster your faith?

Are you struggling to reconcile your calling with your economic condition? How are you working through that?