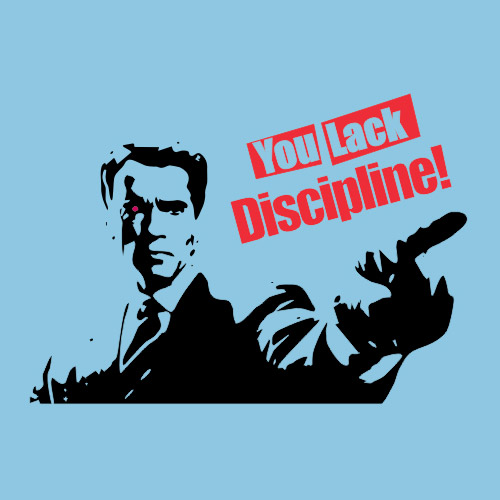 Discipline is no fun, but especially no fun at camp; but sometimes it has to be done. I had a student one time who had signed up for our camp. I did not know the camper very well, but he seemed a bit young to go. I was write. He was too young for this trip. He would wander way from the group and was basically on his own schedule. Here is how I handled it.

First offense: A warning to call his mom.

Second: A call to his mom and let her talk to him.

Third: A second call to his mom with the warning that if I had to call again he would have to go home.

Fourth: Called the mom and asked her to come pick up her son, six hours away.

It worked out fine. All the kids gathered around this kid and sent him off with prayer and well wishes. I don’t think he ever came back to youth group (for a different reason)  but that moment of discipline, with love, was worth it.

Here is what I think this process communicated to the parent

1. I communicated that I loved her son and wanted him to stay

2. I wanted her to be a part of the solution. She knows her son better than I.

3. I wanted to build a track record with the parent about behavior. If I would have told her to come pick up her son on the first call I would have shown that I did not  care.

Here is  a thought from veteran youth worker Greg Schmidt:  The first thing to remember is, you and the kids are representing Christ first, church second, and the rest after that don’t really count lol. JK. I always like to set the bar high and see if they can exceed my expectations. In my 25+ years of student ministry I have seen a lot of teens at camp that have gone home and a whole lot that should’ve went home. The one thing I always did was at the parent mtg. show the parents the guidelines and expectations and let them know if their perfect son or daughter happened to not follow them, THEY (the parents) would be either coming to get them or sending money for bus ticket home. With this I made sure I had the pastor and everyone else on the same page that way when something happens, and it usually did, they won’t be blindsided by an angry parent of a perfect teen.

Discipline is part of discipleship. Don’t shy away from it, even if they don’t thank you for it later.

Don’t forget to read Day 1: Tips For Sharing Devotions At Camp  or Day 2: 3 Ideas To Get Your Campers To Bed

This site uses Akismet to reduce spam. Learn how your comment data is processed.